Entrepreneurship in the third age: data from Russia

The purpose of the study was to analyze the features of early entrepreneurial activity in the third age, to assess the dynamics of its change in recent years in Russia and the projected values for the future. The study examined the advantages and disadvantages of early entrepreneurship in the age group, estimated its levels for the period from 2013 to 2018, compared business activity in Russia and a number of large economically developed countries, and proposed a forecast of the potential number of start-up entrepreneurs, taking into account current trends. The results of surveys conducted during the Global monitoring of entrepreneurship and the corresponding national report on Russia, as well as official information from the Federal state statistics service, reflecting the population size by age groups and demographic forecast, were used as initial data for the study.

Burov V.Y. (2019). Improving the system of state regulation of small business in the conditions of domination of shadow economic activity. Shadow economy, 1, 9-16.

Karginov-GubanovaV.V,, Romashkina Y.V. & Prokopiev E.A. (2018). Typology of labor behavior of persons of the third age (on the example of the Republic of Karelia). Russian entrepreneurship, 10, 3231-3244.

Kashepov A.V. (2019). Forecasting the socio-economic consequences of changes in pension legislation for the period up to 2024. Bulletin of the Russian new University. Series "man and society", 1, 57-66.

Potekhina I.P. & Chizhov D.V. (2016). The potential of the older generation as a component of the national human capital (based on research in the regions of the Central Federal district) monitoring of public opinion. Economic and social changes, 2, 3-23.

Smirnova A.V. (2019). Involvement of older persons in business activities in connection with the pension reform of the Russian Federation. Management of economic systems: electronic scientific journal, 1(119), 1-10.

Zhang, T. (2014). Elderly Entrepreneurship in an Aging US Economy: It's Never Too Late, World Scientific Books, World Scientific Publishing Company.
Published
2020-03-21
How to Cite
Pinkovetskaia, I., Nuretdinova, Y., & Navasardyan, A. (2020). Entrepreneurship in the third age: data from Russia. Amazonia Investiga, 9(27), 165-172. https://doi.org/10.34069/AI/2020.27.03.17
Download Citation
Issue
Vol 9 No 27 (2020)
Section
Articles
Copyright (c) 2020 Amazonia Investiga
The Revista Amazonia Investiga is a multidisciplinary scientific journal with monthly circulation, with virtual dissemination that aims to be a means of disseminating research results and intellectual production in the field of Humanities, Social Sciences, Education, Information and Communication Technologies, health and Environmental Culture. 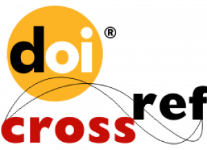