The desirability of taking into account of foreign experience, both positive and negative, in the sphere of staffing of the National Police of Ukraine is noted. Such necessity is based on the fact that in Ukraine this law enforcement agency is at the stage of its formation and development. It is noted that in each country the appropriate model of police management and its staffing is formed taking into account historical background, national experience of law enforcement reform, features of legal, political, social, economic and other factors. The following models of police management and staffing are analyzed: 1) centralized (continental); 2) decentralized; 3) semi-centralized (combined). It is considered appropriate to take into account the European standard of decentralization as a mechanism for effective management of police bodies in the process of improving the staffing of the National Police at the regional level. This is explained by the fact that the principle of decentralization makes it possible to take more informed decisions, since the needs of a particular region of the country are taken into account. It is stated that in Ukraine there a combined (semi-centralized) model of police management. The procedure, which is now multi-level, for selecting and accepting a candidate for police service in Poland is positive. It is emphasized that the formation of professional identity, professional consciousness, professional competence of police officers is of great importance in the process of development of police staffing. The purpose of the article is to analyze and reveal the role of foreign experience in police staffing at the regional level and to identify possible ways of its use in Ukraine. During the writing of the article, general scientific methods of cognition (analysis, induction, deduction) and special methods (dialectical, formal-logical, comparative-legal) were used.

Martynenko, O. I. (2004). The state of law enforcement in the activities of British police. Bulletin of National University of Internal Affairs, 26, 70-75.

Recommendation Rec (2001) 10 of the Committee of Ministers to the Council of Europe member states on the European Code of Police Ethics (19 September 2001). Retrieved from http://prav.org.ua/files/Criminal%20justice/rec1.pdf. 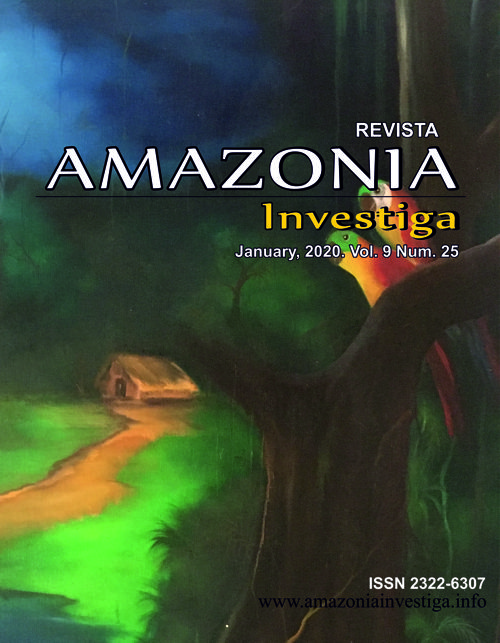 Published
2020-01-25
How to Cite
Kaganovska, T., Buhaichuk, K., Vasyliev, V., & Serohin, V. (2020). Foreign Experience of Staffing of the National Police of Ukraine at the Regional Level and the Possibility of its use. Amazonia Investiga, 9(25), 500-506. Retrieved from https://amazoniainvestiga.info/index.php/amazonia/article/view/1102
Download Citation
Issue
Vol 9 No 25 (2020)
Section
Articles
The Revista Amazonia Investiga is a virtual multidisciplinary monthly scientific journal that aims to be a means of disseminating the results of research and intellectual production of authors from different parts of the world.